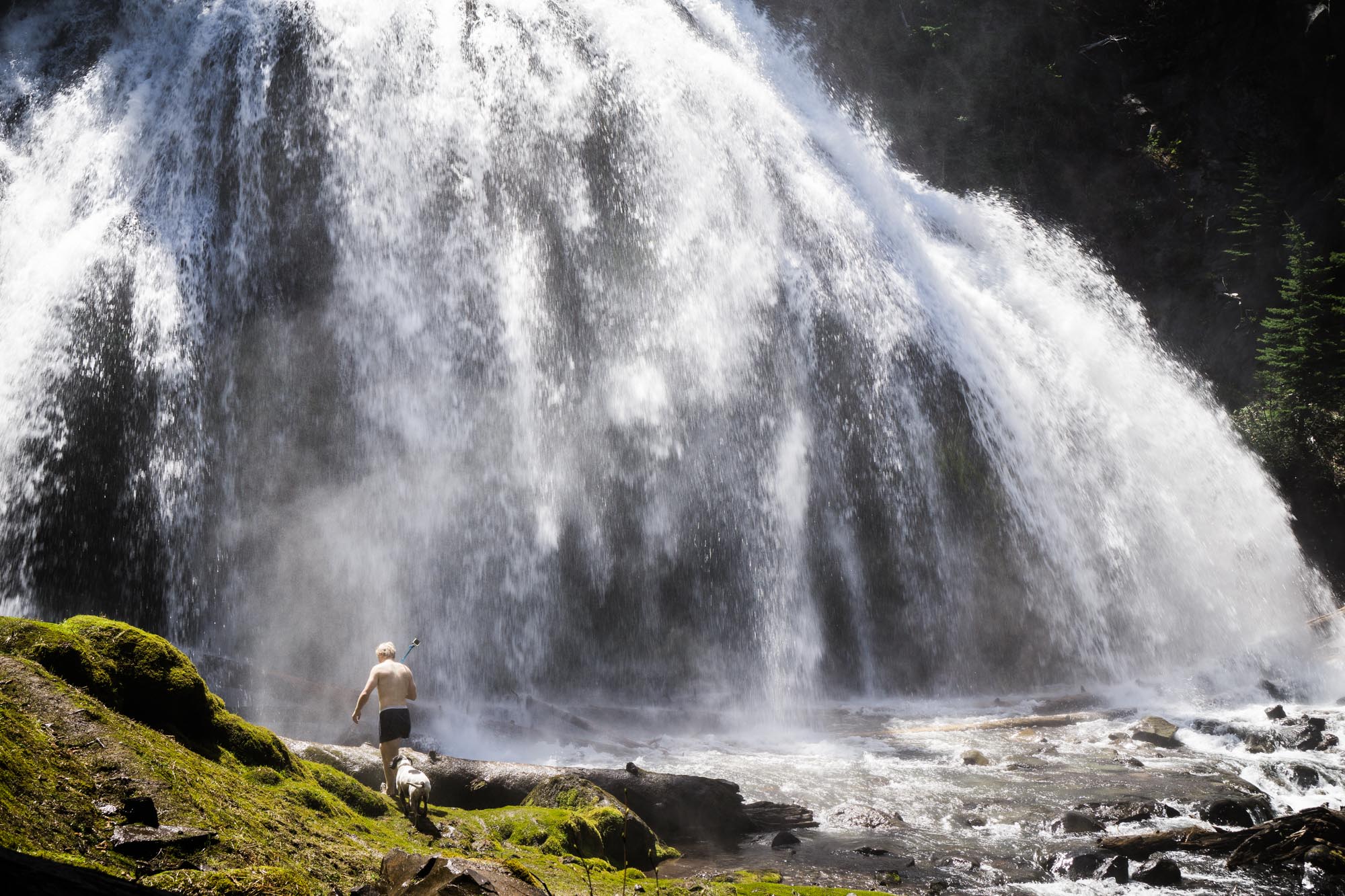 After getting lost, making guesses down logging roads, and finally forging some of our own we made it to Chush Falls. Had we simply followed the written directions we had in hand rather than relying on good ol’ google maps this would have been a breeze, but dependence on technology was our downfall. I should have known better. I’d made the same mistake the last time I set out to find the ever elusive Chush Falls, but history had not been a good teacher, or rather I was a bad student. It fooled me twice, shame on me. Rather than following the route suggested by google, which will take you down forest road 1516, do the following instead. All sensible directions will take you the same way to start and put you on forest road 1514. At a certain point, road 1514 splits to forest road 1516, and you will STAY ON FOREST ROAD 1514. It’ll meander around the woods a bit and then right before its about to go over a concrete bridge, make a left and voila, you are there. If you do happen to take 1516 you’ll be saddened to find downed trees blocking your way of making a nimble recovery. Nothing a good 4×4 and a keen sense of direction navigating unmapped logging roads can’t fix, but save yourself the trouble and STAY ON 1514. In the end you’ll end up at the Chush Falls trail head, where a quick 2 mile hike will put you at the falls overlook. From there, the nimble can make their way down a steep embankment to the base of the falls at the river below, where the real view of the falls can be found. From here you can explore around the base of the falls, getting showered by the falls mist in the process, before heading on your way.

However at the point, rather than send it back to the car, we decided to do a bit more exploring. We knew that an Upper Chush Falls existed and we had both the time and energy to make it there, so we set off upriver to track it down. On the way, we noticed it was possible to stand atop Chush Falls, where you got a great, if not slightly vertigo inducing, view of the river valley below. After taking in the sights, we marched on. The paths above lower Chush Falls were markedly less traveled than those below, with many downed trees to be avoided, but were fairly easily traveled. We arrived at Upper Chush Falls after maybe 30 minutes, where we were underwhelmed after being treated to the wonder that is ‘lower’ Chush Falls. Overall I thought Upper Chush was worth the trek if you’ve got the time, but for the tired day tripper, looking for an easy hike, lower Chush falls will more than satisfy your waterfall cravings for the day.